Home Intent now has basic satellite support (released as of 4/2022)! It's a bit more of a manual setup at the moment, so experience with Rhasspy is recommended.

Setting up the Satellite

You can follow the Rhasspy site's installation page to get the satellite installed on a Raspberry Pi. I've successfully used satellites on Raspberry Pi 0, 3, and 4. After it's been installed, the satellite needs to be configured to point at the main Home Intent instance. The Rhasspy UI should be at the IP address of the server it's running on at port 12101.

You can start by putting in a siteId at the top of the settings page. I like to name it where the satellite is (in this case kitchen). 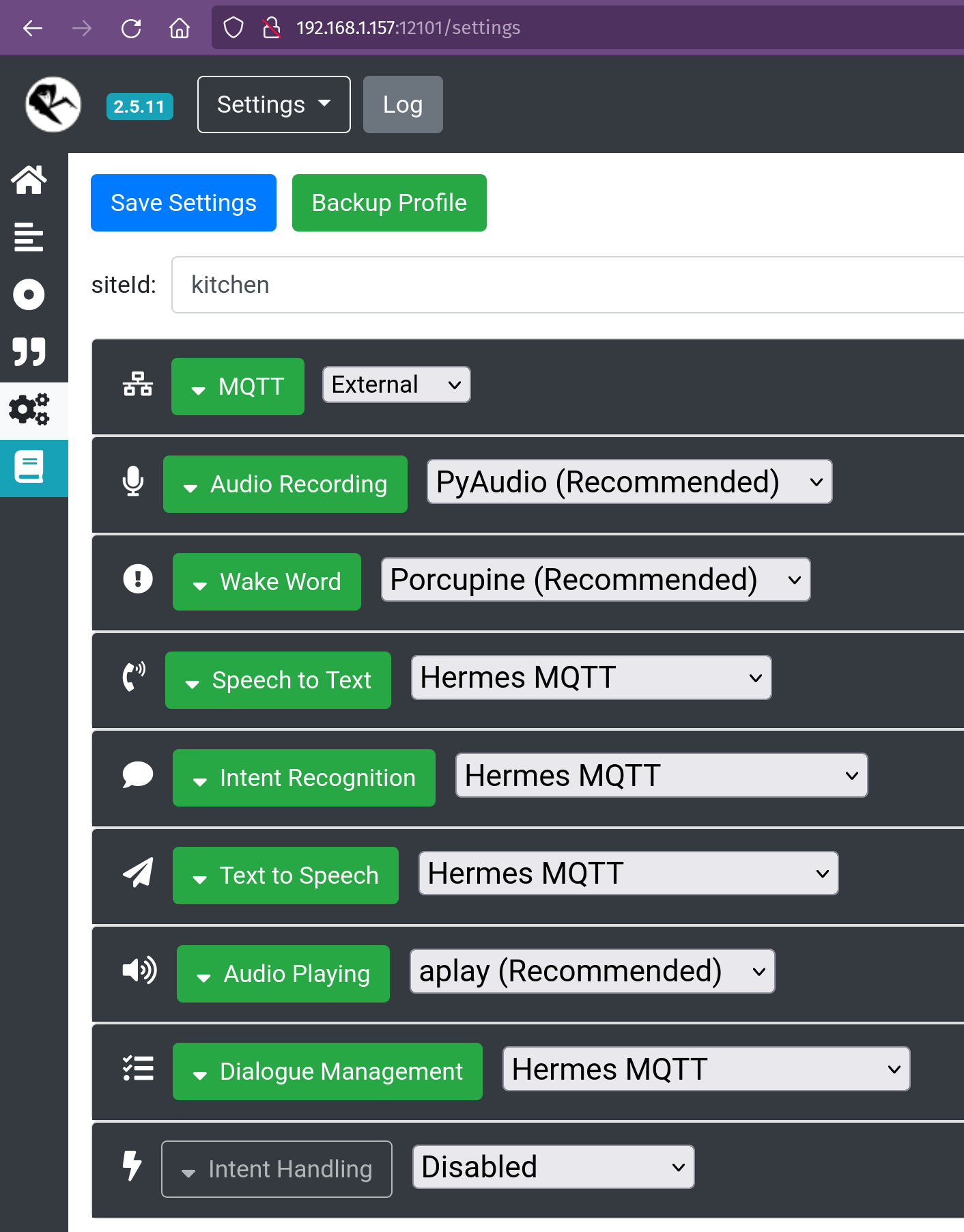 The MQTT should point at the IP Address that Home Intent is running on, and the associated MQTT port (12183 - ensure the port is exposed from Docker, this is the case if you're using our provided docker-compose file.) 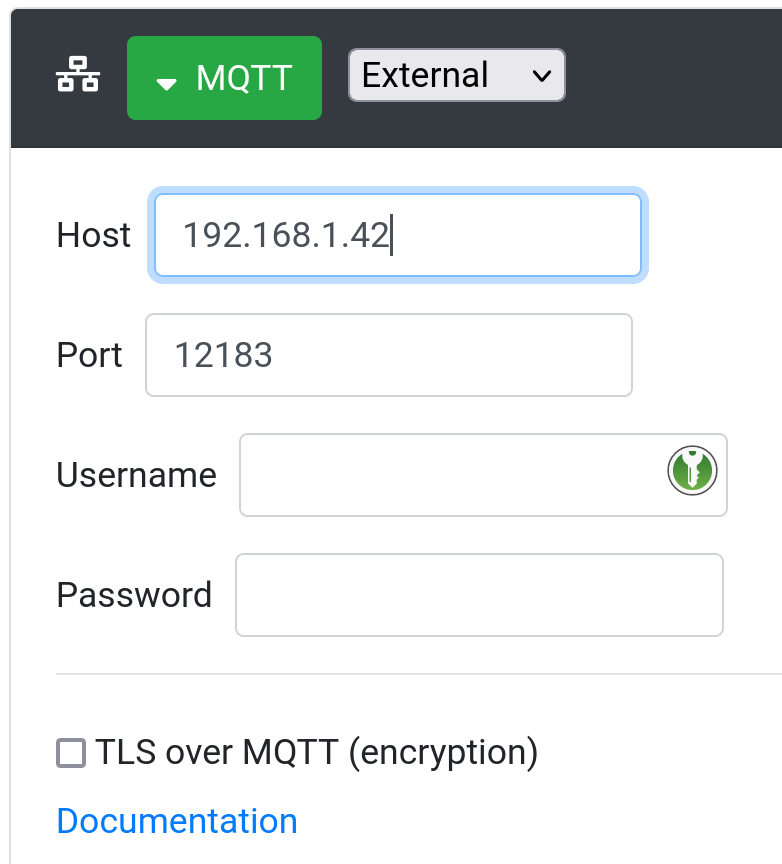 From there, you can setup the microphone and UDP audio in the "Audio Recording" section. The "Test" button next to the Audio Device will narrow down the mic list if the default does't work. The UDP Audio host is set to 127.0.0.1 and the port is 12202.

Then the "Wakeword" setup. Home Intent uses "Porcupine" with the "Jarvis" wakeword, but any of the other ones should work as well. Regardless of the wakeword chosen, ensure that the UDP Audio (input) field matches what was in the "Audio Recording" section, so 127.0.0.1:12202 in our case. The ensures the audio is streamed correctly from the Microphone to the Wakeword service locally and not over MQTT. 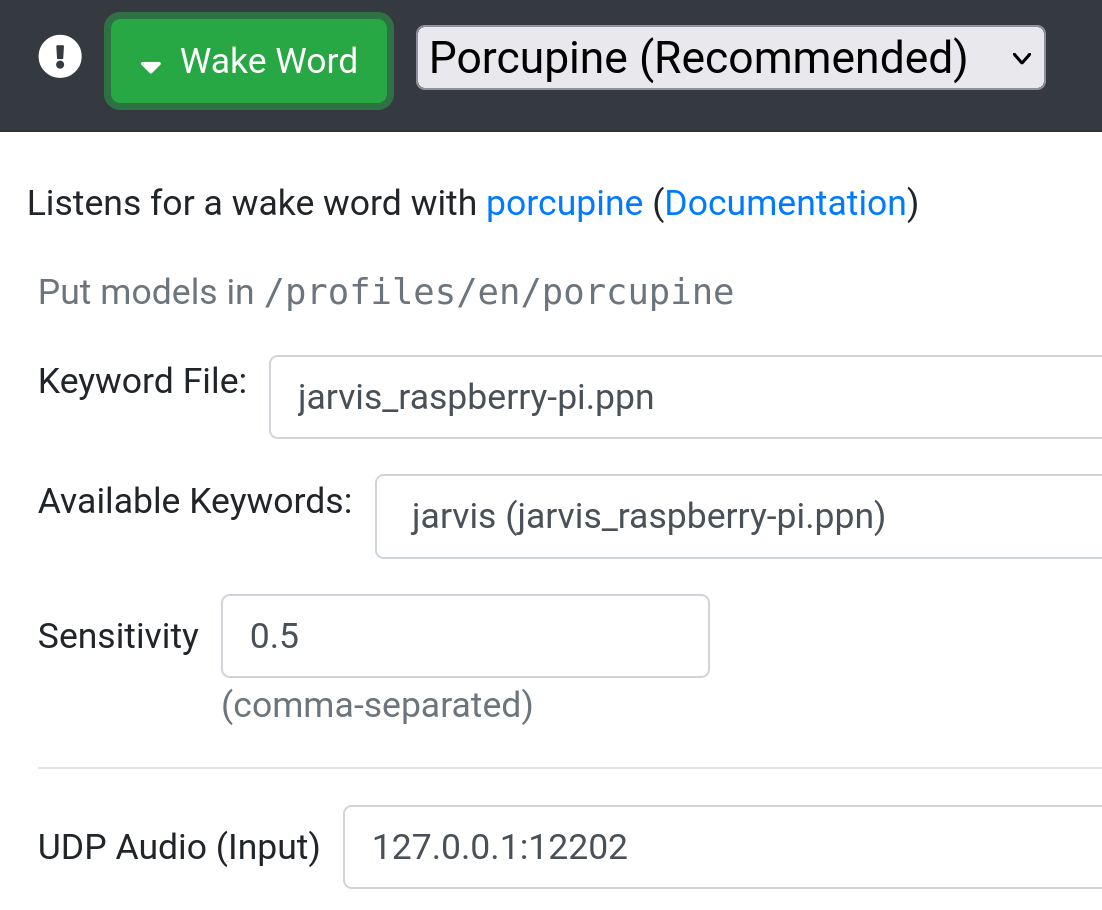 From here, the "Speech to Text", "Intent Recognition", "Text to Speech", and "Dialogue Management" can all be set to "Hermes MQTT". The Home Intent base station will handle all of this and "Intent Handling" to disabled as Home Intent will handle the intents! 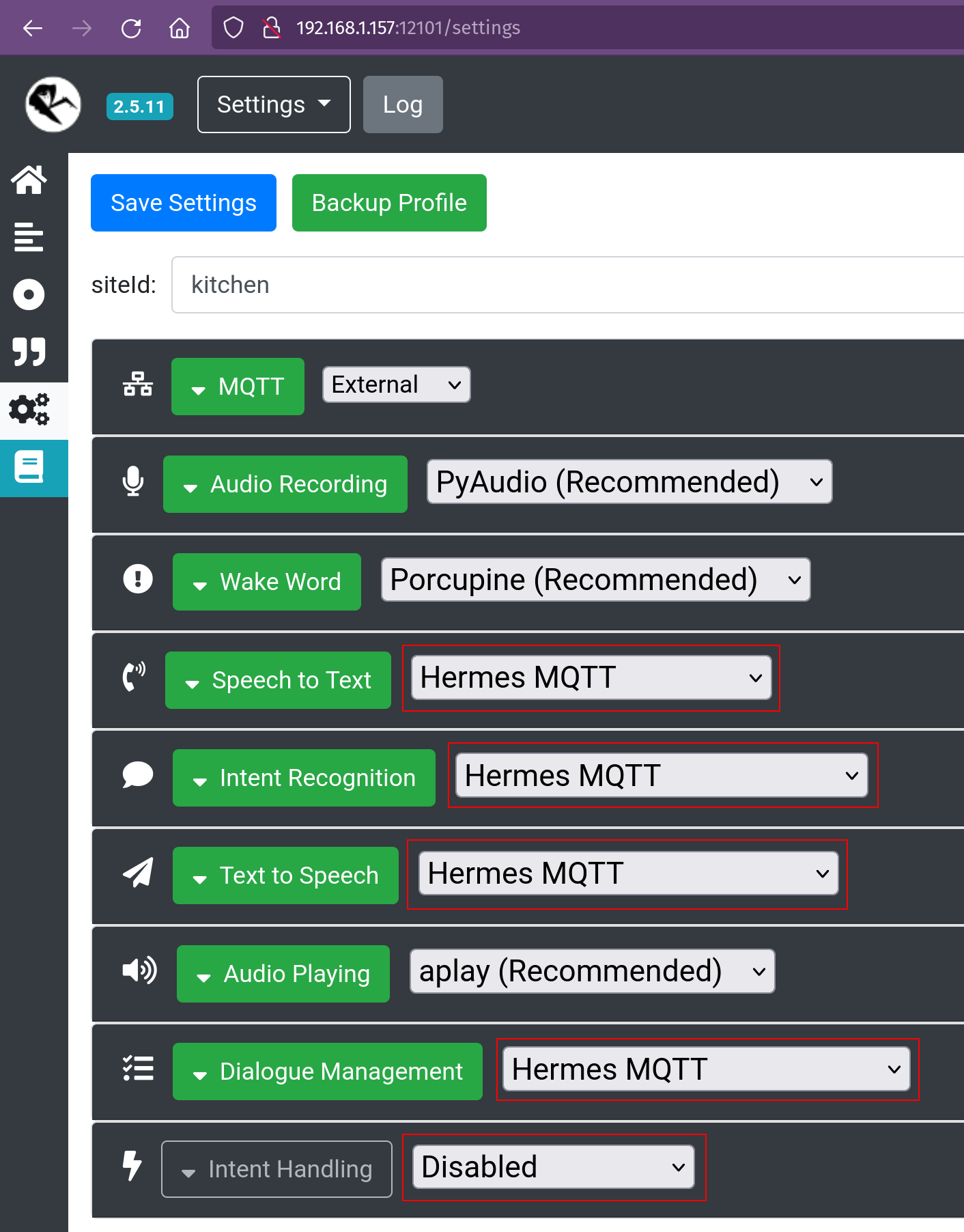 The "Audio Playing" section can be used to configure an audio playback device as needed if the default doesn't work for your setup. Below I've set it to use the USB device (a Jabra Speakerphone).

From there, save and let Rhasspy restart, there's just a bit more configuration needed on the Home Intent side to finish up.

There are other ways to setup Rhasspy as a satellite, but we've found this to work well and be relatively easy to configure. It performs the Wakeword recognition on device (which works fine, even on a Raspberry Pi 0!), and then streams audio packets over MQTT to the base station. This helps the MQTT server not get bogged down with constantly streamed audio.

In the config.yaml file

After Home Intent and the Rhasspy satellite are configured, you can say the wakeword and see if it all works. If not double check the site id, the UDP audio settings, and the MQTT options. It also could be an issue with the Microphone/Playback device not getting picked up correctly.

There are a couple of things you can do in order to help troubleshoot from the Rhasspy homepage:

We'll likely get around to adding satellite id names and disabling the audio from the base station in the UI. From there I really wanted to have Home Intent do more auto-setup of Satellites (and even started creating a dedicated OS for a Rhasspy base station), but with the changes coming to Rhasspy, I've dropped the dedicated OS for now. I may still go back and do auto-configuring of satellites at some point.